To give you an idea of the dangers of password reuse and how this type of attack works: suppose Molly has an account on chasing-cute-cats.com and that site got breached. Also imagine that the site didn’t store passwords in sufficiently secure ways, so that after the breach it was possible for attackers to actually figure out what many users’s passwords, including Molly’s, are. The attackers now have Molly’s username and password on that site. You might figure that there is little harm done because there really isn’t a lot that people could do with Molly’s account on chasing-cute-cats.com.

But now suppose that Molly uses the same username and password on Dropbox (Molly doesn’t take advice all that well). The attackers can try to log into Molly’s Dropbox account with the username and password they discovered from the breach at chasing-cute-cats.com. This, according to the recent announcement by Dropbox, has been going on with a small number of Dropbox accounts.

Users of 1Password probably don’t need to be reminded why it is so important to have unique passwords for every separate site and service. But because this case of password reuse with Dropbox is such a good reminder, it can’t hurt to talk about it again in the hopes we can all help spread the word.

Of course, even if someone were to get a hold of your 1Password data through Dropbox or some other means, they would not be able to get your usernames, passwords, and other data stored within it without knowing your 1Password Master Password. But this is why we designed the 1Password data format with the knowledge that some people may have their data files stolen. Indeed, just yesterday I wrote (in gory detail) just how well 1Password and your Master Password work together to resist even the most sophisticated password cracking tools.

One of the accounts broken into that way belonged to a Dropbox employee. It turned out that that the unnamed (but presumably very embarrassed employee) also had some files that included the usernames (which are email addresses) of some Dropbox customers. Naturally, the attackers did what attackers do when they get a hold of a bunch of email addresses: they passed (presumably sold) that list to spammers.

Again, it was only the email addresses that got taken; not passwords. But then, spam went out to a number of Dropbox users, some of whom had set up site specific email addresses. For example, Patty may have created an email address patty+dropbox@example.com that he used only for Dropbox. Nobody knew or ever saw that email address except for Patty and Dropbox.

But if Patty+dropbox@example.com was among the email addresses stolen and passed on to spammers, Patty would start getting spam to that address. Patty, being the clever one, would realize that somehow her Dropbox email address had been captured. She might even complain to Dropbox about this, along with a few others who have suddenly seen spam to their Dropbox-only email address.

And now we arrive at the beginning of the story. It was exactly complaints like this that led Dropbox to bring in an outside security investigator to look at the spam issue back on July 18.

What have we learned and what is there to do? 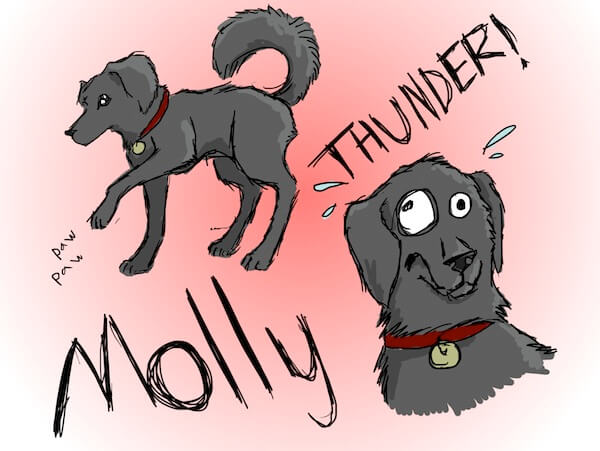 First of all, we have been reminded yet again that Molly is not as clever as she thinks she is, while Patty shows an abundance of caution (sometimes too much). Now, regular readers of my posts will know that Molly and Patty are my dogs. Molly, while incredibly sweet, wins few prizes for intelligence. Patty is much brighter, but is always on high alert and will fire off a warning bark if a molecule moves across the street. There is a lesson somewhere in here about learning to be cautious about the right things. Panicked people (and dogs) tend to make poor security decisions, but that discussion is for another time. All we need to say here is that Molly, as presented above, needs to have a unique password for each site. 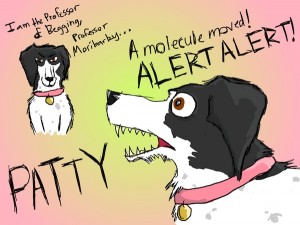 We are also reminded that one site’s security is dependent in some ways on other sites. The operators of chasing-cute-cats.com might think that they don’t need to be particularly careful with their users’ passwords, but they are wrong. As long as people (or dogs) reuse passwords, it is the responsibility of everyone who stores passwords to store them in uncrackable forms.

Furthermore, because so many websites and services are storing passwords poorly, we all need to act as if our website passwords are stored poorly at each site. As we’ve been reminded by an ongoing case involving Tesco (a large UK grocery chain and retailer in the UK and Europe), its generic statements like “passwords are stored in a secure way” are meaningless unless we are told how they are encrypted.

How many passwords do I need to remember?

I would love to be able to say that with 1Password you only need to remember your 1Password Master Password. It’s in the name. 1Password does the job of remembering all of the other non-memorable passwords. After all, Troy Hunt is largely right when he says that the only secure password is the one that you can’t remember. But the first thing I do when I set up a new computer is install Dropbox to sync my 1Password data, and then install 1Password. There are times when I need to know my Dropbox password in order to be able to use 1Password. So, despite the name, I actually need to remember two strong, unique, and, this time, memorable passwords.

Fortunately, you and I can use the mechanism described in Toward Better Master Passwords to be able to manage the very few passwords that we actually need to remember.