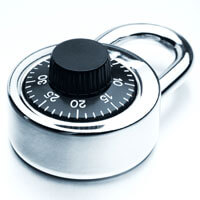 We’ve written about password reuse before, and we’ll be writing about it again. Password reuse — using the same password for multiple sites or services — is both rampant and dangerous.

There is real evidence that people are getting robbed because they are reusing their passwords. Thieves systematically exploit reused passwords to pay for retail items or hijack accounts for other intentions. And yet, we are reminded again this week by the recent leak of almost half a million Yahoo passwords that a majority of people just can’t stop reusing passwords.

Suppose you used the same password on Sony’s PlayStation Network as you Best Buyuse for your password when shopping with Best Buy. Now, suppose that your PSN username and password was among the 77 million leaked in April 2011. An attacker could, in principle, use that information to take a good guess at your password for, say, Best Buy.

Well this isn’t just something that can happen “in principle”. From an underappreciated report by John Fontana over at ZDNet:

It’s a worst-case scenario, where credentials stolen from one site are used to access other sites, most notably retail or banking sites where hackers can extract some value.

I have no doubt that things like this have been going on for a while, but it is always hard to confirm that this is what has happened when someone “hacks” a users account at a retail site. So let there be no doubt that password reuse puts people into real danger. It happens.

Some habits are hard to kick

Sites and services that store user passwords unencrypted or poorly hashed are a serious danger to their customers. But when they get breached and their password database made public, it is a boon to people who study password security. One of those people is Troy Hunt, who has taken this as an opportunity to look at password reuse between PSN and Yahoo.

Of the 302 usernames in common between the two breaches, 59% of them had the same password on each site. Note also that the PSN breach was more than a year ago and was very widely reported. Put simply, we can estimate that about 60 percent of people ignore advice to change their passwords elsewhere.

Helping you to help yourself

I’ve argued many times before that when we see people systematically making poor security choices, we can’t just blame the user. We—the security business—have to look at how we can make it easier for people to behave securely. 1Password is our attempt at fulfilling that goal. We work to make it easy for people to have strong and unique passwords for each site. 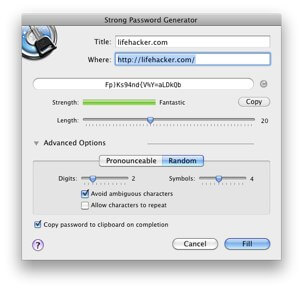 First of all, 1Password provides you with a Strong Password Generator, in both the app itself and the 1Password browser extension. This generator makes it drop-dead-simple to create website passwords that are strong and unique. Plus, you don’t need to remember them because 1Password remembers them for you.

Although 1Password wasn’t born yesterday, many of us have Logins and passwords for sites that were created before we had the Strong Password Generator, which means we may still be using some passwords on multiple sites. Here are some tips on how to use 1Password to help you find duplicate password and clear those up.

Websites have responsibilities, too

Anybody who stores your passwords has responsibilities, too. We know that sites get compromised and their user databases stolen. What we don’t really know is how frequently this happens because only a fraction of those breaches get made public. Not only do websites and services need to take steps to prevent the theft of their user’s personal data, they need to store the passwords in a form that is useless to intruders.

It appears that the Yahoo passwords were stored with no encryption or hashing at all. I was astounded when this was discovered with Sony’s PSN last year, and I am astounded today that Yahoo would make the same mistake. I have been berating sites for not hashing their passwords well; I hadn’t expected to encounter more sites that didn’t hash at all. Because of their poor practice, everyone whose Yahoo password was leaked is vulnerable to having their accounts hijacked on every other site where they use the same password.

Password reuse strikes again, and a bit closer to home at Dropbox

“Check out my debit card!” Or: why people make bad security choices